“life should not merely be valued for its quantity measured in chronological time,

but for its quality measured in experiential time …….”

The Ego State Therapy approach conceptualize the ego as consisting of parts, or so called ego states.  Different life experiences and trauma causes  “parts” to develop through differentiation and dissociation of the self.  Ego states are different neuro-physiological systems that can get activated in certain situations or contexts.

The Ego State Therapy training will teach how to access resourceful-, traumatised- and conflicted states to resolve difficulties and promote integration of the self.  This will include techniques for safety and stabilisation, accessing resourceful states, resolving inner conflicts between states and resolving trauma.

Learning these skills will enhance a clinician’s therapeutic repertoire in therapy, especially working with conflicted and dissociated individuals.  An increasing number of people are seeking out therapies to heal the divided self, particularly if offered by registered health care professionals. 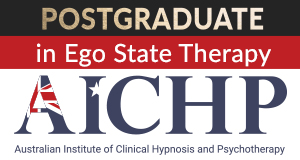 New dates to be announced

Ego State therapy is the creation of Dr John and Helen Watkins from the United States. The Watkins’ did not conceptualize the ego as one monolithic entity, as Freud did, but rather as consisting of parts, or so-called ego states. Their theory was based on the original work of Paul Federn, a close associate and colleague of Freud. Federn conceptualised ego states as shifting energies within the personality. John and Helen Watkins formulated a theory and treatment model for what became known as Ego State Therapy.

Probably the most significant difference between ego state therapy and other parts approaches is the fact that this approach conceptualizes the personality of a human being not only as consisting of dissociated ego states, but also of resourceful ego states which help us to self-regulate and to function as an integrated whole. Thus, ego states are neuro-physiological manifestations which may develop as a reaction to certain life experiences both positive and negative.

Rather than exorcists casting out demons, trauma and other deficits, ego state therapists nowadays look more like treasure hunters seeking the unrecognized resourceful and useful ego states in their client’s lives and personalities.  Ego State Therapy is a powerful tool for helping clients plumb for the best in their own personalities and assist directly to untap resourceful ego states associated with determination, survival, resiliency, hope, optimism and love that ultimately allow clients to flourish.

These seminars are part of  a series of consecutive workshops which lead to internationally recognized certification as an ego state therapist by Ego State Therapy International (ESTI).

The activation of and work with resourceful ego states.

In this introductory workshop participants will receive an in-depth overview of the theoretical basis of the ego state model, its epistomology as well as the latest developments in neuro-physiological reactions to trauma and dissociation.

Participants will mainly learn techniques for enhancing experiential activation of resourceful ego states by combining Ericksonian and Ego State Therapy techniques. Ego States are usually activated hypnotically to reach those ego states that are implicit and not readily available to conscious awareness. It is therefore a very suitable intervention strategy for a variety of posttraumatic stress reactions, dissociation as a result of trauma as well as other psychosomatic diseases.

Additionally, various safety and stabilization techniques necessary for intervention will be taught and demonstrated.

It is a known fact that some ego states (parts of the Self) are “split off” in the face of trauma to “help” the individual to survive and cope and then continue to “carry” some of these symptoms on an intrapsychic level. Ego State Therapy addresses these symptoms by providing unique ways to access these states, also referred to as symptom-associated ego states, and to restore physiological and psychological flow and coherence.

This second workshop will mainly focus on ways of allowing highly aroused survival energies, such as fight and flight responses bound up in traumatized individuals and dissociated ego states, to be discharged and completed.  This facilitates flow and post-traumatic growth. How to achieve corrective mind-body experiences and recreate wholeness, self-regulation and coherence in our clients will be demonstrated through live demonstrations.

Ego states can be described as enduring states of mind. Once a state of mind has occurred, it can be recalled frequently depending on the circumstances. Repeated activation of a state of mind over weeks, months and years makes it more likely that it could again be activated in future. Thus: Particular states of mind may develop cohesion and clusters through their repeated activation. They may therefore develop into “self-states” or ego states. When confronted by trauma, some individuals’ nervous system react to such an extent that they dissociate into an immobilized freeze state or submit mode. This happens without conscious awareness. Before the individual becomes aware of what happened, the nervous system has already responded. The result could be the formation and processing of specialized “selves” or traumatized ego states in freeze.  In this third workshop Dr Hartman will mainly focus on ways of accessing dissociated, traumatized ego states, how to interview them and how to work with them therapeutically. Special emphasis will be placed on the role of a trusting therapeutic relationship and its importance in reengaging the ventral vagal system. Traumatized ego states are often beyond the threshold of conscious awareness and often need hypnotic activation. Dr Hartman will also demonstrate how immobilized clients and their ego states could be freed from their tonic immobility by using activation-, stimulation-, mobilization-, breathing- and pendulation techniques, thereby facilitating self-regulation, flow, wholeness and post-traumatic growth. This will be demonstrated through live demonstrations.

The handling and therapeutic intervention strategies with destructive ego states and introjects are controversial in many ways and often the centre of intense debate in academic circles. In this seminar the etiology and clinical intervention strategies with destructive ego states and introjects will be the focus. Such states pose a real challenge to a therapist in many ways. They are often elusive by nature but could emerge unexpectedly and without warning. This could result in the therapist being unprepared in how to deal with the situation effectively. The aim of this workshop is to prepare the therapist for unexpected appearences of both destructive ego states and introjects and how to activate, communicate and work with them clinically. In order to deal with them effectively they need specific and strategic intervention strategies. They are often very rigid in their demeanor due to their hybrid nature. The latter refers to the fact that they are both symptom-associated, in a defensive, fight mode and, on the other hand closely associated with a specific trauma. Destructive ego states and introjects are created on a neurophysiological level as a defense response to severe trauma. It is a mistake to regard them as so-called “foreign” entities and psychological constructs only. On the contrary, they are in fact, resourceful as they are neurophysiological manifestations of the autonomic nervous system response formed in the face of trauma to allow the individual to survive the traumatic experience. Such states should be dealt with clinically and therapeutically in order to re-establish coherence and self-regulation in the nervous system and then to modulate and reinterpret, rescript and recontextualize their psychological meaning. 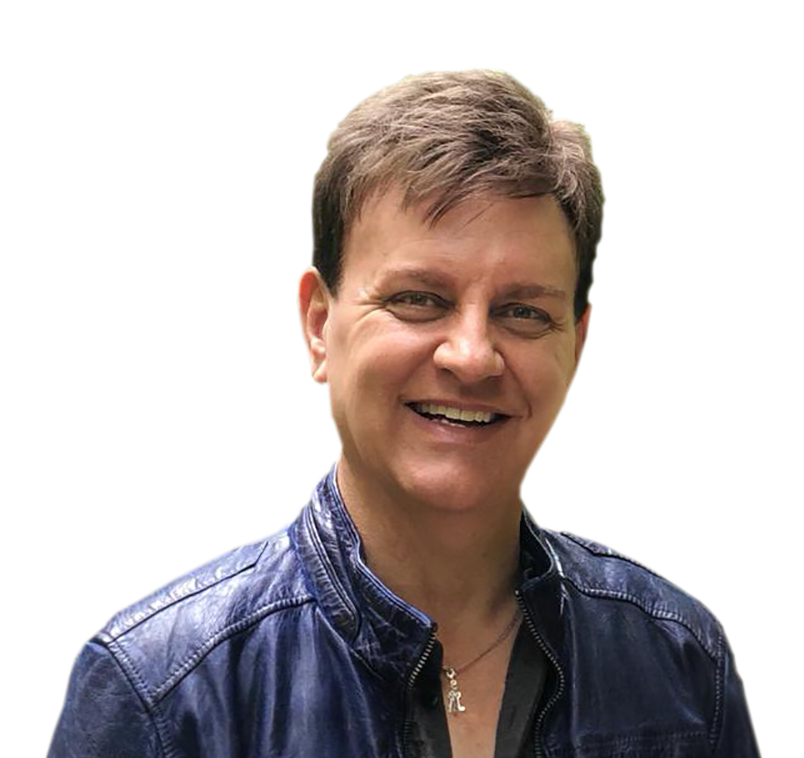 Woltemade Hartman (Ph.D) is a Clinical and Educational Psychologist, and psychotherapist in private practice in Pretoria, South Africa.  He received his training as an Ericksonian psychotherapist at the Ericksonian Foundation in Phoenix, Arizona, USA.  Dr Hartman also trained as an Ego State therapist with Prof J.G. Watkins and Mrs H. Watkins in Missoula, Montana, USA.  He is the author of “Ego state therapy with sexually traumatized children” and “Einführung in die Ego-State Therapie”, as well as various scientific articles on the topic of hypnosis and psychotherapy. Dr Hartman is the Founding Director of the Milton H. Erickson Institutes of South Africa (MEISA). He currently serves as Secretary and Treasurer of Ego State Therapy International (ESTI). Woltemade is an executive board member of the International Society of Hypnosis (ISH) and also serves as Chairperson of the Council of Representatives on this board. Dr Hartman is a Senior Research Fellow at the Department of Psychology at the University of Johannesburg and lectures in South Africa, Germany, Austria, France, Switzerland, Canada, China, Hong Kong, Iran, Singapore, South Korea and Japan. He has been a Keynote Speaker at various international congresses. Dr Hartman is the recipient of the 2009 Early Career Award for Innovative Contributions to Hypnosis from the International Society of Hypnosis. He is also trained in Eye Movement Desensitization and Reprocessing (EMDR), Eye Movement Integration (EMI), EdxTM (Energy Psychology), Impact Therapy, Mindfulness Techniques, Soma and Somatic Experiencing (SE). 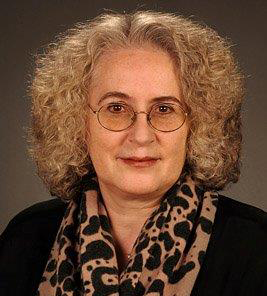 Doris Wehrle is a licensed psychologist and psychotherapist.  She has been in private practice in Zurich, Switzerland for 33 years.

She has been a supervisor to numerous international trainings in these modalities.  She brings her experience to the Ego State Therapy training to assist and support participants in developing there skills in the practise sessions.

Requirements for accreditation as an Ego State Therapist with ESTI

Is hypnosis a requirement to start the training?

No, participants can do the training without hypnosis training, but training in hypnosis is a requirement to become a certified Ego State Therapist with ESTI.

Do I need to become certified to practice Ego State Therapy?

No, you can start integrating Ego State Therapy after the first part of the training with or without hypnosis.